Lou founded Penguin Acting and Theatre Productions in 2018 because she is passionate about enhancing lives through drama.  Her interest in drama started at a young age when she attended Oldham Theatre Workshop. She furthered her acting training at college where she achieved a BTEC National Diploma in Performing Arts, progressing onto a BA HONS in Theatre Studies and Media.

In 2006 Lou went on to qualify as a Youth and Community Worker using her drama skills to enhance the lives of disadvantaged young people through informal education. In 2016 she gained a Postgraduate Certificate in Education (PGCE) where she was graded as Outstanding. She is presently studying a Masters in Psychology.

Lou currently acts in theatre, film and murder mystery events. She writes and directs all the scripts produced by the company.  Aside from theatre Lou enjoys property development and gluten free baking. 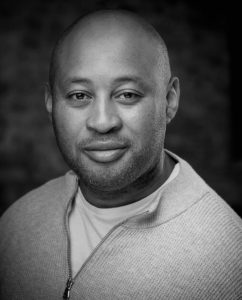 Originally from the South, Shawn fell in love with theatre whilst performing in a professional production of ‘Joseph and the Technicolour Dream Coat’ and attending Redroofs Theatre School. He also appeared with Dr John Cooper in a Sugar Puff advert ‘Snappy Badge.’